Yes, we got A LOT of questions regarding the parcours and "het Kierbesluit", meaning there will be a salt/brakish transition zone in lake Haringvliet. Opening of the dam  was postponed till after the tournament yesterday , but we still decided not to take any risk and change the Haringvliet parcour anyway. Below you can find the info.

We kept fishing zones quiet for as long as possible, to give everybody the same chance during competition. Fishing zones are under reservation and can be changed by the organization at all time, when weather or other factors force us.

Rules
We refer to the rules stated here, but to further exhibit the rules regarding fishing zones and forbidden zones: Click on the maps below to open a larger version.

Apart from the fishing map showing our parcour and forbidden zones for 2018, please open this link which will give information in 3 languages regarding maximum allowed speed and also forbidden zones. Please note, as mentioned above, we will follow the rules of forbidden zones shown on the Navionics maps. They might differ slightly from the folder in the link.

"Dutch police has announced to control strictly on these rules and particularly on SPEED!"
For the Haringvliet it means that for example the starting position is a maximum 20 km/hour zone. Make sure YOU are familiar with these rules because YOU are responsible yourself on how you drive your boat on the water.

For this new parcour we did not exclude the main traffic lane North of the island Tiengemeten, as it runs almost from bank till bank. We ask all participants to fish wisely and stay out of the way of yachts, ferries and commercial shipping.

Regarding lake Volkerak, we were also surprised by "the amount of red", but we can only follow the rules. Make sure you stay outside the main traffic lane (marked by big red and green buoys) and outside the zones marked with buoys like the ones shown below. There are still plenty of weedbeds and structures left, it's a big lake. 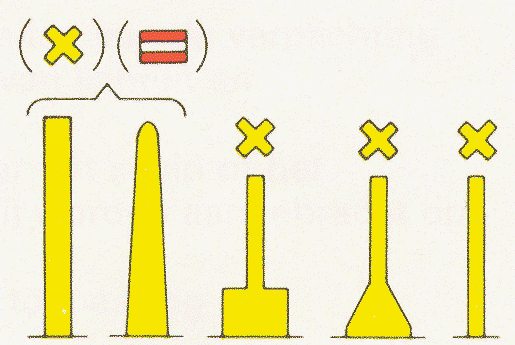 Apart from that, a new map with information regarding lake Volkerak has been published online. We kindly ask you to check the following link: Information Volkerak. Unfortunately the text is in Dutch only, but google translate might help you understand what's most important.

Mercury to power the Luremasters 2020